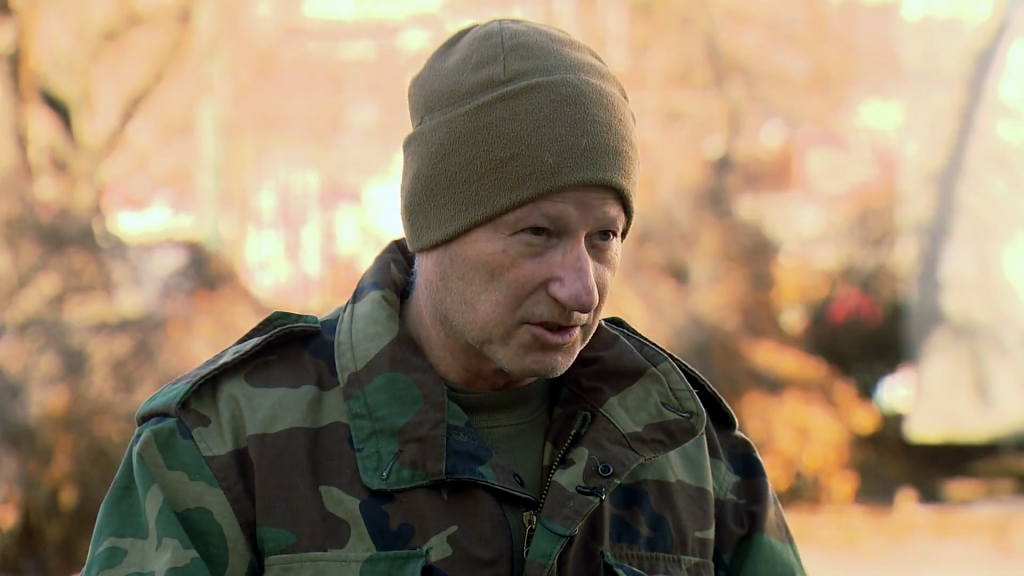 It has been one month since the Mayor of Aurora, CO, Mike Coffman, spent an incognito week living among the unhoused in Aurora and Denver, but those at Denver Homeless Out Loud have not forgotten the prejudicial, narrow-minded, and dangerous conclusions of his questionable “experiment”, as published in a Gazette article on 24 January 2021.

It has been one month since the Mayor of Aurora, CO, Mike Coffman, spent an incognito week living among the unhoused in Aurora and Denver, but those at Denver Homeless Out Loud have not forgotten the prejudicial, narrow-minded, and dangerous conclusions of his questionable “experiment”, as published in a Gazette article on 24 January 2021.

David Mullen’s Denver Gazette editorial of 27 January 2021 condemning “the blight, decay and havoc of the encampments” is similarly plagued by contradictions, lazy thinking, and an ignorant inability to understand complex issues.

Considering the sizable readership of these publications, and the long-standing and unfair stigmas that persist regarding unhoused populations, these recent commentaries need to be corrected—or more appropriately, condemned.

As the mayor reported, “Over the course of the week, I stayed in one shelter in Aurora, two shelters in Denver and an encampment in the vicinity of Lincoln and Speer”. He later notes that on his first of seven nights “on the street”, he was unable to locate an encampment and slept in a parking garage on the Anschutz campus. This adds up to 1 night spent alone, at least 3 nights in shelters, and the remaining nights at a relatively small camp in downtown Denver.

While spending seven whole days without the creature comforts of a stable home may seem impossible to many, thus making Coffman’s tone-deaf stunt seem admirable to some, homelessness is a perpetual reality for thousands in and around Denver. The 2020 Point in Time survey of homelessness in Denver City and County alone reported over 4,100 people experiencing some form of being unhoused. This includes nearly 1,000 who were unsheltered (or in encampments), roughly 2,000 others counted in shelters, and 1,000 in transitional housing. More than 500 of those reported being unhoused due to fleeing domestic violence.

That survey was conducted over a 24-hour period from Jan. 27-Jan. 28, 2020, six weeks before Colorado’s first Covid fatality. The pandemic has driven 8 million more Americans into poverty since March, and the unhoused population in Colorado’s cities has only grown over the past year.  In Denver, Covid restrictions on shelter space also resulted in a 56% drop in available beds.

Mayor Coffman’s assumption that this brief experience gives him sweeping insight to an intersectional, generation-spanning crisis is both heinous and offensive. Worse still, Coffman’s ultimate takeaway that he shared with the public is that drug and alcohol addiction are the primary reasons the encampments exist:

I believe that the central reason why the people staying at the encampments never access the shelters is solely because the shelters have rules that prohibit the possession or use of drugs in their facilities.

Setting his superlative generalizations aside, Coffman glaringly fails to note that shelters are divided by gender, forcing those who use them to separate from their partners or chosen families, making reconnection a daily challenge when functional and charged phones among the unhoused are the exception, rather than the rule. Pets are also not allowed, nor are visitors or guests. Some of the city’s shelters have a strong religious element, which is triggering or unwanted by some of the unhoused population. Perhaps most importantly, Covid outbreaks have occurred at multiple city shelters, while encampments have reported little or no occurrence of the virus. A Denver Gazette article from October 29 2020 distilled the point very clearly: “Congregating in homeless shelters increases the risk of transmission.”

Later in his statement, the mayor refers to mutual aid workers as “so-called advocates” multiple times, suggesting that these community members are misled, do more harm than good, or have ulterior motives for feeding, clothing and supporting society’s most vulnerable populations through a Colorado winter. The dedicated activists of Denver Homeless Out Loud are far from naive to the countless factors and scenarios that can lead to homelessness, and make it difficult to escape—including drug abuse and addiction. However, regardless of what drove or kept them on the streets, these citizens deserve basic human rights—water, food, shelter, and what fragile stability they can find.

As for David Mullen’s misleading and malicious editorial, in which he echoes Coffman’s privilege and small-mindedness, he seems to forget the definition of “citizens” and “community”:

“We encourage all Colorado local governments not to let up as they strive to make their parks, streets and downtowns safe, healthy, inviting and inspiring places for all their citizens.”

“Too often, the debate over the homeless takes a wrong turn — away from the interests of the whole community, whom mayors, city councils and others are supposed to serve.”

When Mullen says “all their citizens” and “whole community”, he appears to mean serving those with property, businesses, vested interests, and exploitable wealth, but perhaps he should reassess what a modern constituency looks like. He acknowledges that the homeless population is not uniform, but then works hard to construct the same false binary as Aurora’s Mayor: Shelters =“Good” people, Camps = “Bad” people.

“Often enough, they avoid shelters because they aren’t allowed to consume alcohol, shoot meth, smoke pot or use other drugs in them.”

“Make no mistake; attempts to aid and abet the camps and their dubious “lifestyle” serve no one — least of all the campers themselves.”

In a society where everyone is addicted to something—money, power, privilege, sex, shopping, smartphones, pharmaceuticals—it is the height of hypocrisy for Coffman and Mullen to claim the moral high ground and mislead thousands of readers, deceitfully turning them against their unhoused neighbors. This is the same toxic and tired rhetoric that fueled America’s 50-year racist war on drugs, and is now being repurposed for another cruel campaign against the poor.  Unsurprisingly, during Coffman’s years in Congress under the twice-impeached and disgraced former president, he voted with Trump’s position 96% of the time.

In a society heading towards collapse under the weight of unaddressed crises, we need pluralistic and multi-racial leadership fueled by compassion and a willingness to see nuance. What we don’t need are bootlicking journalists or whitebread ex-GOP Congressmen playing dress-up, only to weaponize that experience to slander unhoused populations, rather than support them.