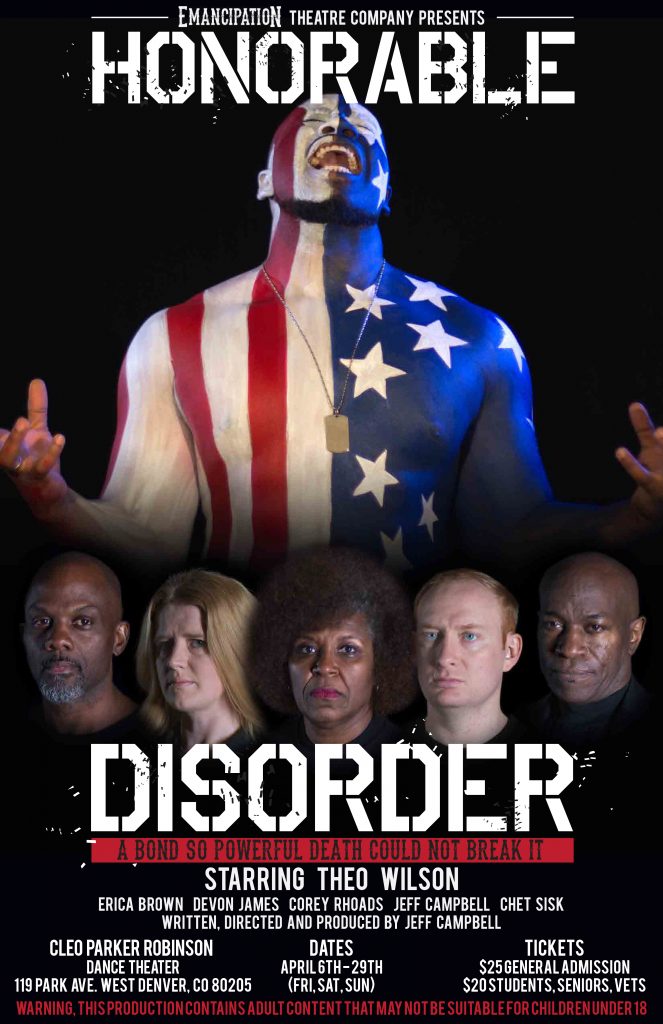 Set in the dynamic landscape of present-day Denver, Honorable Disorder is a story of reconciliation, growth, and recognition. for a young black veteran.
DeShawn Foster (Theo Wilson) is a native of Denver's Five Points neighborhood and a veteran from Operation Iraqi Freedom. He has had a difficult time readjusting to civilian life due, in part, to the loss of his commanding officer and father figure, Sergeant Gerald Sheffield (Chet Sisk). DeShawn holds on to the life lessons the sergeant taught him, a set of mantras and affirmations known to their platoon as the "Soldier's Creed." Justin MacDonald (Corey Rhoads), the only other surviving platoon member, lives in a tent in Curtis Park and has given up on society, the government and their creed. His only comfort in the midst of the despair of drug addiction and homelessness is his friendship with DeShawn. DeShawn lives with his mother, Nancy Foster (Erica Brown), an active church and community member who only wants the best for her son. Her brother, Bernard (Jeff Campbell), is her complete opposite. A former featherweight boxer, he imposes his womanizing and entitled ways into their lives. Nancy finds hope when Samantha Stewart (Devon James) moves into the neighborhood. Samantha is a social worker who supports veterans in her start-up nonprofit. Upon meeting DeShawn, she becomes convinced that he will be the success story she needs to transform her career and fulfill her life's purpose.

"Honorable Disorder brings together a lot of what we have—and, crucially, haven't—seen on the local news in a story that's otherwise gone untold in Denver's theater scene." 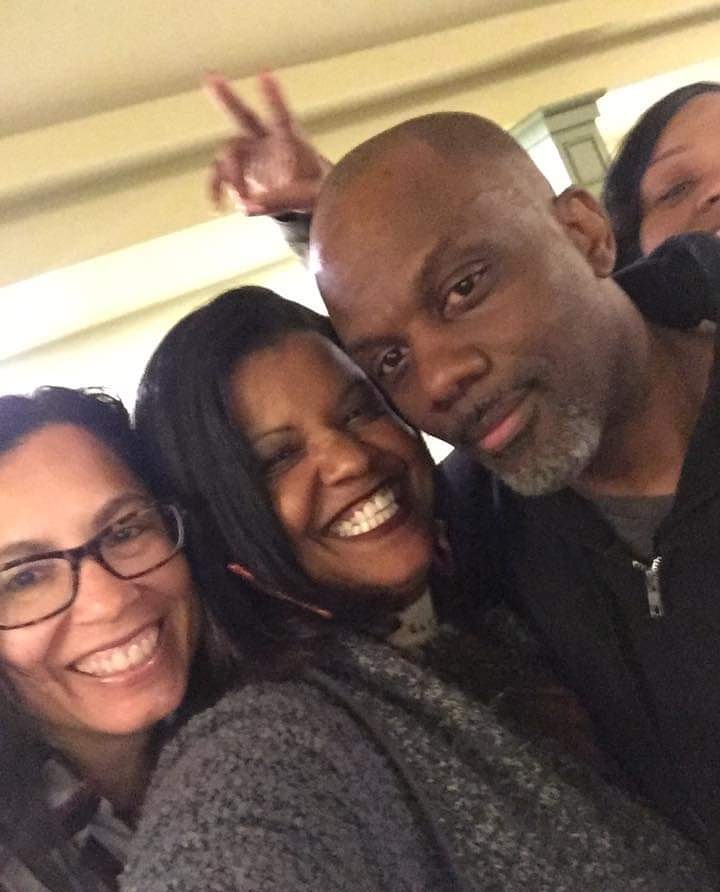 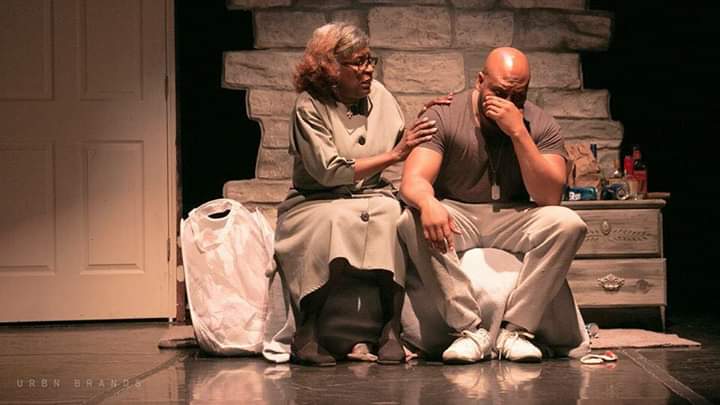 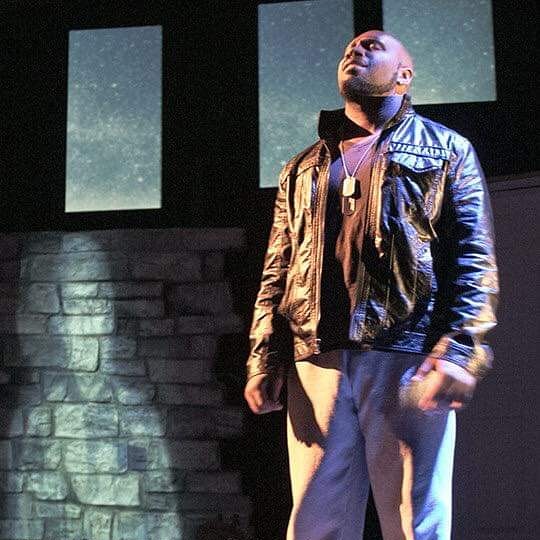